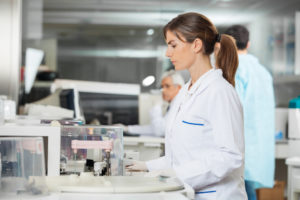 Most of us with Fibromyalgia are always looking for a way to relieve our symptoms and have less need for NSAIDs or other meds, so my ears certainly perked when I heard about a recent study that showed improved symptoms from a new Fibromyalgia supplement.

A recent study found that supplementation with French pine bark extract, trademark named Pycnogenol® from Horphag Research,  helped in managing many of the symptoms of fibromyalgia, including fatigue, stiffness, and migraines.

Pycnogenol is a compound of natural chemicals. It comes from the bark of a European pine tree, called French maritime pine bark extract. It’s used as a natural supplement for several conditions, including dry skin and Arthritis. I know, pine bark sounds a bit out there as far as supplements go, but apparently, it contains a unique combination of procyanidins, bioflavonoids, and phenolic acids.

Pycnogenol is thought to be a potent antioxidant that helps protect cells from damage, and is now considered a valid Fibromyalgia supplement.

In this study, 50 female patients with idiopathic fibromyalgia, with an average age of 47, were divided into two groups. One group was assigned to receive Pycnogenol with standard management. “Standard Management” included proper sleep, daily stretching and/or exercise, etc.  All of the women participating in the study were shown to have elevated levels of oxidative stress at the start of the study. The women taking Pycnogenol were on a dose of 150 mg per day.

Results showed that the percentage of patients needing to take NSAIDS to reduce or relieve symptoms was significantly higher in the standard management group compared to the group taking Pycnogenol. The same was true for the use of corticosteroids. The women taking Pycnogenol also demonstrated a significant reduction in symptoms and complaints compared to standard management alone.

No safety or tolerability problems were observed during the study.

What This Study Concluded

This study, which was done in Italy, was published in multiple journals including Panminerva Medica 2021 March, stated:

The percentage of subjects with the symptoms/complaints decreased significantly, considering each symptom, with Pycnogenol® after 4 weeks [in comparison with the other group that followed standard management without using the supplement]. Pycnogenol® supplementation appears to control and reduce the intensity of common symptoms and complaints – especially pain-related – associated with FM. Pycnogenol® could be a ‘soft’, safe supplementation and prevention method to manage the symptoms of most of these patients, even for longer periods, reducing the need for drugs.

There are multiple brands of this new Fibromyalgia supplement available on Amazon and Supplement Stores at fairly low cost. I’m about to start my daily regimen. I will update this post later with any improvements I experience.