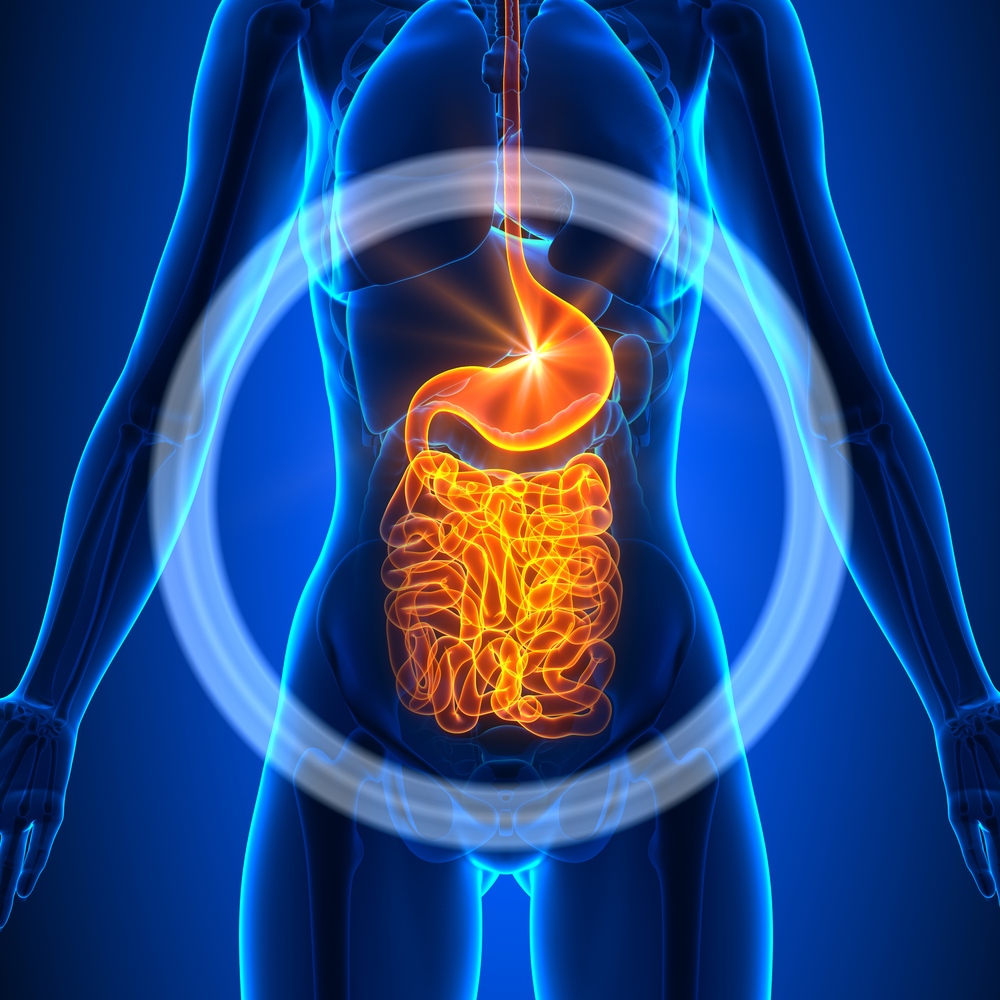 As far as gut health goes, if you think of your gut as being the gatekeeper for our overall health, you would get the right idea. Our bodies have more bacteria cells than human cells. Most of the microbes (bacteria cells) are found in our guts in a pocket of the large intestine called the cecum. These microbes are referred to as the GUT MICROBIOME. This can weigh as much as 2 to 5 pounds, which is roughly the size of the brain! It functions much like an organ and plays a huge role in overall health.

Without the gut microbiome, which has over 1000 different species of bacteria, we would not be able to survive. The “friendly” bacteria found in the microbiome are extremely important for good health, while the “unfriendly” or “bad” bacteria can cause malaise and lead to disease.

A healthy gut promotes a strong immune system. It makes energy available from the foods we eat, and helps the body dispose of toxins. Similar to the spinal cord which protects our spine and central nervous system, there are neurons that cover the intestinal wall and send out information through your body. The gut is also connected to the brain through millions of nerves which is why, when we are stressed, gut health is affected.

The healthy microbes in the gut also play an important role in promoting good HDL cholesterol and in keeping triglycerides in check. Conversely, an unhealthy gut may contain species of bacteria which can produce TMAO (trimenthylamine N-oxide) which is a chemical that contributes to blocked arteries and can lead to stroke and heart attack.

We cannot control the genes that we are born with, such as a familial history of heart disease or diabetes. But, the good news is that we can control and even change the genes in our microbiome, based solely on what we feed it. Types of foods eaten can actually turn on or off the good or the bad genes!

Gut health depends on robust amounts of friendly flora, to crowd out the harmful ones. Eating a “modern diet” which consists of processed foods and sugar contributes significantly to an unhealthy gut, however, stress, and not getting enough quality sleep also play a role.

Symptoms of an unhealthy gut can include:

Over time, chronic Dysbiosis, the imbalance of healthy to unhealthy bacteria, leads to more serious issues due to the resultant weakening and compromising of the immune system. This then leads to further complications such as Chronic Fatigue Syndrome, Fibromyalgia, Diabetes, Heart Disease, along with inflammation which can contribute to many other diseases. He is one such research study regarding Fibromyalgia and the immune system, https://www.ncbi.nlm.nih.gov/pubmed/26088214

However, studies have also shown that we have the ability to change our gut flora, and changes within the microbiome start to occur almost immediately.

Here are some of the ways to improve gut health:

Probiotics contain live, healthy bacteria. They are found in foods such as yogurt, sauerkraut, kefir, kimchi, and kombucha.   You can also get probiotic supplements. Read labels and confirm ingredients such as bifidobacterial and lactobacilli exist, containing at least 5-10 billion CFU (colony forming units) and at least 10 or more strains. In addition to increasing healthy bacteria, probiotics can also prevent diseased bacteria from sticking to the intestinal wall which could lead to a host of other disease processes.

Prebiotics keep the good bacteria in the gut well fed and thriving. Prebiotics are found in pistachios, bananas, garlic, onions, oats, quinoa, millet, and chia seeds. They are also found in some other high fiber vegetables.

Polyphenols are plant compounds found in red wine, green tea, dark chocolate, and olive oil. When these are broken down, they stimulate the healthy bacteria in the gut.

Cut out Sugars and Simple Carbohydrates

Sugars and simple carbohydrates both have adverse effects on gut health. They are one of the biggest culprits in keeping healthy gut flora out of balance.

Take Antibiotics Only When Absolutely Needed

While antibiotics destroy the bacteria that is causing us to be sick, most are broad spectrum, which means that they also destroy the good bacteria in our bodies, which includes our guts. If you are prescribed an antibiotic, it’s always a good idea to supplement the probiotics in your system. These can be found in the foods listed above, and can also be purchased as a supplement either in an encapsulated pill form or a liquid. Probiotics will also help prevent some of the side effects of antibiotics such as diarrhea and yeast infections.

Studies have shown that some artificial sweeteners such as aspartame increases blood sugar by stimulating the growth of harmful bacteria in the gut.

Continue on to Part III of this series here: https://fibromyalgiarecovery.com/fibromyalgia-and-gut-health-part-iii/

If you missed Part I of this series, you can read it here: