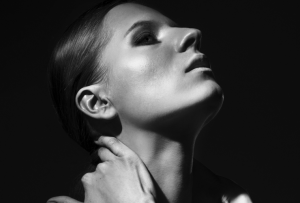 There is a trap that I fell into numerous times, and that I see many others afflicted with these illnesses fall prey to, because of all the circumstances surrounding these illnesses which can make a sort of “perfect storm” for what I have deemed common Pitfalls.

This is the vicious cycle where you feel bad, you are in pain, you are tired, you have to go to work or you have children that need to be cared for and so you do something to give yourself enough pick-me-up to be able to get through the day – coffee, a coke, a souped-up Starbucks latte, some sweets, a Red Bull, some carbs, maybe even a cigarette or some combination of the above.

This might buck you up for a bit and help you to get through some short term period, but in the longer run you have made matters worse.

With all of the extra insulin your body just pumped in response to what you put in it, the fatigue and pain will worsen and it will likely be followed by poor sleep to boot, making the next day worse than it should have been too.

Now you are even more desperate for some form of pick-me up because now you feel even worse.

Of course you don’t feel like exercising, as you just don’t have the energy and/or you are in a lot of pain already.

Continuing on in this vein will cause more and more despair and depression as you feel terrible, you are desperate to get some energy and the quick energy sources are making matters worse and worse. Or you are so depressed about the situation or the continuous pain that you comfort yourself with things you feel will make you feel good – comfort food or alcohol or cigarettes or some form of drugs (OTC or otherwise).

This is what I call a vicious cycle. It’s bad and quick and available fixes just make it worse. If you are in such a situation, there IS a way out. It isn’t instant. It takes some time. It isn’t horrifically slow either. But it will take some dedication and discipline. First is understanding of what is happening and what you need to do to escape the hell and get yourself improving and getting better.

There are also other versions of this with alcohol abuse or pain meds. In summary, it’s a matter of a desperate solution that can cause more problems or make matters worse later. Sort of like trading long term improvement for some short term immediate relief. In other words, pitfalls.

As you treat some of the underlying real causes of your condition and start to feel better, you will be able to phase out other drugs that are just masking the symptoms (and making things worse in the longer run) as well as other crutches such as comfort foods, alcohol, nicotine, etc. And this should be done as soon as possible.

I recommend climbing out of one pitfall at a time. Several times I was zealous enough to try doing things all at once – stop smoking, stop all sugar and simple carbs and all meds. It never worked. I would lose it within several days. It was too much at once. Best to pick one, maybe the easiest one, and cut it out and get to a point where you can stably stay off of it.

I don’t recommend trying to do this until you have progressed through a number of the other steps of this program. You should be sleeping well fairly consistently and at least be getting some good nutrition through a healthy diet and supplements. See later chapter on this subject.

False and misleading information and treatments

It is my opinion that the promoted drugs “for Fibromyalgia” only serve to mask the symptoms and do nothing to deal with any of the underlying causes. And these drugs have side effects that just end up complicating the situation further.

Taking these medications may treat the symptom it is designed for, but at the same time, it may cause another ailment. For example, Prozac, the most commonly used medication for treating depression, causes fatigue and insomnia.

Every one that I have seen so far is a continuation of exactly the same treatment that was being done when the condition was not even acknowledged by the medical community, let alone diagnosed. And what did they do back then? Well, they prescribed pain killers for the pain, anti depressants for the mood swings, sleeping pills so you can get to sleep at night (and you may even have to take uppers to wake up in the morning).

So far I have not found any deviation from that pattern as regards drugs being offered. By all means I am not telling you not to follow something your doctor prescribes. Please follow sound medical advice. I am not a doctor.

My main concern, that I want you to keep in mind about these drugs, is that this is a degenerative condition. If this is the only route you chose to take, be prepared to be washing down ever increasing amounts of life-numbing drugs.

What’s best here is to focus on is how to lessen the symptoms by addressing root causes of our symptoms and reduce dependency on drugs.

There are doctors that don’t prescribe meds for any illness they don’t understand. Lyrica, Cymbalta, and now Savella are not available in many parts of Europe, simply because their benefits did not outweigh their side effects. Reading the small print is a sobering experience. Think about this. When I first started having problems there was no such thing as fibromyalgia in any of the big medical dictionaries, and because it wasn’t there, it obviously didn’t exist, and so therefore whatever condition I had was all in my mind. I know may others went through the same traumatizing experience. The solution offered? Psychiatric drugs. Obviously the best thing for a hysterical woman – right? It’s probably inappropriate to write here how I responded to that.

Years later the syndrome is now acknowledged and the big pharmaceuticals have put their best people on it and OMG, they are offering us what? More psychiatric drugs to handle our bi-polar delusions. Now if the FMS women of America were to get really mad and start publicly throwing hot lattes and frying pans at the CEOs of these big pharmaceuticals, probably we would start to get some serious big-money research being done. Not a suggestion, just a thought. In the meantime, I would rather put my well-being in the hands of independent doctors who want to make a living making people well and not in the hands of monster drug corporations making billions.

There are others that are trying to make a profit on our misery, I addition to the drug companies. I have seen various Chiropractic treatments that say they have cured FMS. There are websites and ads that promote various supplements, many of which I tried with very little result. There are certainly plenty of clinics and protocols that say they have the answer. I’ve tried quite a few and most of them didn’t handle anything other than lightening my wallet.

Somehow throughout all of this, try to be skeptical while also somewhat open to new things. Question things before you jump. Research them, read reviews and any kind of information you can find on something before you invest your valuable time and money into it.

Read more about this in my book that is available on Amazon.