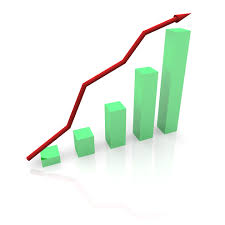 Fibromyalgia Is Big Business – Now In The Billions

According to a new market research report released by Global Data,“Driven by sales of Lyrica, Cymbalta/Xeristar and Savella, the Fibromyalgia drug market will experience 4.2 percent annual growth through 2018.” Currently a 1.4 billion dollar per year market, it is estimated to increase to 1.8 billion dollars by 2018. That’s just Fibromyalgia and doesn’t include CFS and other chronic illnesses in similar categories.

This report also states, “The biggest barrier for the introduction of new therapies will be patent expirations of the leading brands marketed for fibromyalgia, which will result in an increase of generics, and which may negatively impact revenue from branded drugs that are expected to launch in the forecast period.”

In other words, their big concern is the fact that within a few years the cheaper generic versions will become available which will decrease overall revenue. So the big plan to offset their sales losses is to introduce more “new and improved drugs” and increase sales by another half a billion dollars. “These new products will help to drive market growth and offset some of the patent expiries of the leading brands during the forecast period,” the report states.

If people are spending billions of dollars per year on these new drugs are they curing them of Fibromyalgia?

Several years ago a study conducted by the Mayo Foundation for Medical Education and Research found that there was a definite need to limit the use of prescription medications for treating fibromyalgia and that these meds, as a sole form of “treatment”, were not making people well.

In this study, thirty-nine patients with Fibromyalgia Syndrome (FMS) were interviewed about their symptoms at the very beginning of the study. Twenty-nine of those same patients were interviewed again 10 years later. Of these 29 (median age of 55 at second interview), all had persistence of the same FMS symptoms. The percentages of patients with pain or stiffness, sleep difficulty and/or moderate to severe fatigue were pretty much the same as on the initial testing 10 years prior. And 79% of these patients were still taking medications to control their symptoms 10 years later. You can read more about this study here: https://thefibrodoctor.com/traditional-medicine-offers-little-for-fibromyalgia/

However we can conclude that these Fibromyalgia drugs don’t fix anything, they only mask. And masking the symptoms may be needed for a while, but masking as the sole treatment simply means that you are sentencing that person to a lifetime of pain and trauma with the added side effects of long-term use of these drugs.

What Else Is Wrong With This Picture?

Furthermore, what about investing some of those profits into real research to discover what is actually causing these illnesses and syndromes? And how about a cure rather than only drugs that solely mask symptoms?

If even a fraction of the marketing budgets for these drugs was diverted to research into the causes and cures for these debilitating diseases, we might make some progress in actually making people well again.

But then again, if people got well, the market for their drugs would decrease rather than rank in the billions. So instead, the research work that is done is directed at formulating more cocktails of pain meds with antidepressants and other “goodies” so that those suffering from Fibromyalgia have to keep buying their temporary fix in ever increasing quantities.

Weighing The Benefits And The Side Effects – Are They Safe?

The side effects of the Fibromyalgia drugs can also be quite serious. There is a much longer list of all side effects, but just those listed as the “more common” ones include: “accidental injury, bloating or swelling of the face, arms, hands, lower legs, or feet, blurred vision, burning, tingling, numbness or pain in the hands, arms, feet, or legs, change in walking and balance, clumsiness, confusion, delusions, dementia, difficulty having a bowel movement, difficulty with speaking, double vision, dry mouth, fever, headache, hoarseness, increased appetite, lack of coordination, loss of memory, lower back or side pain, painful or difficult urination, problems with memory, rapid weight gain, seeing double, sensation of pins and needles, shakiness and unsteady walk, sleepiness or unusual drowsiness, stabbing pain, swelling, tingling of the hands or feet, trembling, or other problems with muscle control or coordination, unusual weight gain or loss”.

In light of these hefty lists of side effects for drugs specifically designed to “treat” Fibromyalgia, it’s very concerning that a study was recently published in the International Journal of Rheumatic Diseases, which stated that the majority of drug trials, specifically for the treatment of Fibromyalgia, were funded by those who stood to benefit financially from their sales. This means that these drugs aren’t being tested by an independent, unbiased, 3rd party that would provide honest test results. Instead, they are being “tested” by those with conflicts of interest who stand to profit financially by saying the drug works. So the safety of these drugs may very well be compromised.

It’s Not Just The Drug Companies

Drug companies aren’t the only ones profiting on your pain (although they are likely at the top of the profit making list). Many people suffering from Fibromyalgia have tried numerous alternative treatment options – all with great hope – and more often than not these did absolutely nothing to improve their Fibromyalgia symptoms.

These treatments include everything from special chiropractic techniques to hyperbaric oxygen therapy and many in between, not to mention all manner of vitamins, herbs, other supplements and combinations of such.

The truth is that people who are suffering are highly likely to dole out money for these supposed “solutions” that are going to “fix the problem”, often out of desperation to keep going at work or to support and take care of their families or to keep their lives going in one way or another – only to be betrayed far more often than not.

So What IS The Solution To All Of This?

One of the smartest things you can do is to have an advocate who has battled Fibromyalgia, Chronic Fatigue or other applicable chronic illnesses, who has suffered their own pain and fatigue, who has done extensive research and their own trials, and who can help you navigate through all of the false promotions, misconceptions, deceptions and lies to find those things that are going to truly aid in your own recovery.

The ideal advocate would probably have traveled thousands of miles to special clinics to see doctors that specifically work with these chronic illnesses. They would have followed numerous treatment protocols, read pretty much every book on the subject and tried every imaginable supplement as well as many different drugs that were purported to help.

Well, there is a such an advocate who has done exactly that. ME. That’s what I do.

However, the vast majority of all of my work accomplished little or no improvement and only served to suck me dry of available time and funds. I only hope I will be able to save you from such a sad fate.

But it’s not just wasting time and money that is at stake here, faulty medical advice can also make matters worse! Long-term use of many of the common meds taken, including OTC meds, can cause all manner of physical problems, depression, dementia and other dangerous side effects. So, we are talking about navigating some rough waters riddled with quite a few booby-traps!

The good news? Among the vast amounts of over-hyped treatments and protocols, I was able to find little gems and pearls of wisdom that actually were incredibly helpful. As a result, I have been able to regain my health and get my life back.

It just shouldn’t have taken such a monumental effort to find a truly workable treatment for Fibromyalgia and Chronic Fatigue. Hopefully, if I can make this information known, it won’t be as hard for others. To that end I have put all of this information into a book that has just now been made available on Amazon as a Kindle e-book and on Amazon as a paperback. 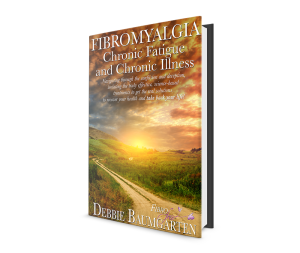 The book is entitled: Fibromyalgia, Chronic Fatigue and Chronic Illness; Navigating through the confusion and deception, isolating the truly effective, science-based treatments to get the real solutions to recover your health and take back your life!, by Debbie Baumgarten.

There is also information available on the blog in this website to continue to warn, alert and advise on new information as it becomes available. Sign up to be alerted to new blog posts on the home page of www.FibromyalgiaFree.org

For those suffering from Fibromyalgia, Chronic Fatigue or other chronic illnesses, when you’re sick and you feel horrible, your time and money become even more precious to you. You can’t afford to be wasting your valuable resources on those who are simply trying to profit from your pain.

If someone is experiencing unexplained pain and/or fatigue, by all means they should see their doctor. But before spending thousands of dollars on specialists, more and more tests, costly treatment plans and lots of drugs, at least now there is a comprehensive guide available that can be consulted by those who are suffering, to help direct them toward the most beneficial treatments and protocols.

Although well disguised, we have seen far too many circumstances of others capitalizing and profiting on the fact that millions of people with Fibromyalgia, ME/Chronic Fatigue Syndrome and other Chronic Illnesses are in pain and often, out of sheer desperation, will do almost anything to feel well again! They have jobs, families to support and responsibilities and have to do something to keep going.

There are solutions out there. While there might not be one magic pill or a one-shot cure yet, there are a lot of simple and inexpensive things that can help and treatments that can make things better. With enough “things making it better”, these can add up to feeling a LOT better.

This new book, Fibromyalgia, Chronic Fatigue and Chronic Illness; Navigating through the confusion and deception, isolating the truly effective, science-based treatments to get the real solutions to recover your health and take back your life, may hold the keys to a treatment plan that doesn’t just mask, but actually heals.