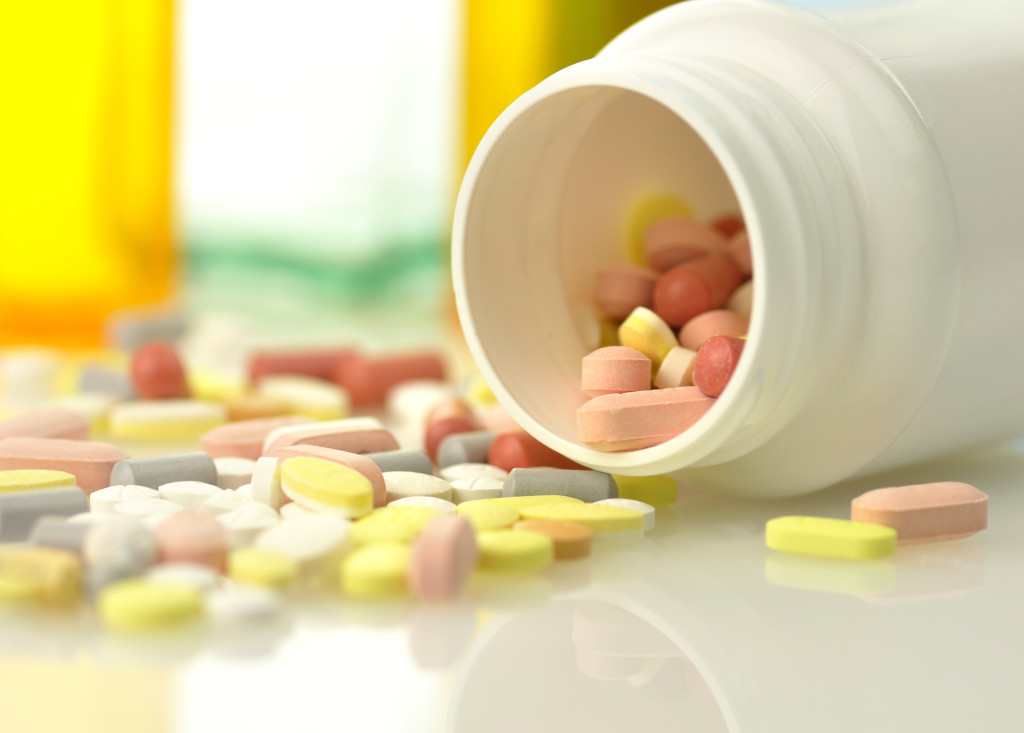 It is my opinion that most of the promoted drugs “for Fibromyalgia” only serve to mask the symptoms and do nothing to treat any of the underlying causes. And these drugs have side effects that can just end up complicating the situation further. Thus, I categorize these as false treatments. At best they may mask your symptoms.

Ever notice how a lot of the commercials for these great wonder-drugs on TV spend way more time explaining the horrible side effects of their drug (while playing pleasing music and showing you images of happy people) than they do telling you what the drug is supposed to do – and that’s only done to protect themselves from lawsuits as a result of those horrible side effects so they can say “we warned you”. Nevertheless, it makes the point that they aren’t all they’re cracked up to be.

Taking these medications may treat the symptom it is designed for but, at the same time, it may cause another ailments. For example, Prozac, a commonly used medication for treating depression, lists fatigue and insomnia as a common side effect.

Doctors often prescribe painkillers for the pain, anti-depressants for the mood swings or depression, sleeping pills so you can get to sleep at night (and you may even have to take uppers to wake up in the morning). Often these types of medications are necessary to manage symptoms on a short or medium-term basis. Long-term use of such meds can have some serious downsides.

In an article published on ProHealth.com explains that there is a class action suit filed on Eli Lily for extreme withdrawal symptoms of one of their top drugs prescribed for Fibromyalgia, which you can see here https://www.prohealth.com/library/showarticle.cfm?libid=23189 . Here are a few snippets to give you an idea:

This discrepancy between Eli Lilly’s prescribing literature and its actual research findings has prompted hundreds of former Cymbalta users to file suit against the drug maker, claiming the company didn’t fully disclose the severity or frequency of Cymbalta’s withdrawal symptoms. Thousands more cases are in the pipeline for filing, according to Baum, Hedlund, Aristei & Goldman, PC, one of the law firms involved in the legal action.

I am not telling you not to follow something your doctor prescribes. Please follow sound medical advice. I am not a doctor. And I understand that masking your symptoms may sound a lot better than just suffering. My main concern, that I want you to keep in mind about these drugs, is that this is a degenerative condition. If this is the only route you chose to take, be prepared to be washing down ever increasing amounts of life-numbing drugs for many years to come.

As well, if you are using something to mask your symptoms or dull the pain, don’t be under the impression that you are treating your Fibromyalgia. Treatment infers that you are doing something to recover from an illness or condition, that you are healing or making yourself better. These drugs will not do any of that. You won’t be healed by taking them. You may mask some symptoms and that is all.

Another recently touted “treatment” for Fibromyalgia, that I am labeling as a false treatment, is the new “brain stimulation”. Actually, it’s called High Definition trans cranial Direct Current Stimulation or HD-tDCS. You put a few electrodes on your scalp and voila!  A few electric shocks later your brain supposedly releases opioid like painkillers. Or could it be that the electric shock deadened some nerves? Or maybe it’s similar to having a headache and then breaking your arm? The pain in your arm is so much worse than your head that you forget about the headache as all of the attention is on your arm. Who knows? But I’m not opting to intense waves of electricity to be put through my brain over and over again. Nope. If you are, here’s a link with more info.

What’s best here is to focus on how to lessen the symptoms by addressing their root causes and thus reduce the dependency or continued need for these drugs. That is what FibromyalgiaFree.org is all about. All of the information we have here is for free and for the sole purpose of offering you help to recover your health and your life.

There are a few people around that are trying to make a profit on our misery. Like some of these promoted drugs, various treatments and other supplements for FMS, CFS or other Chronic Illnesses — many of which I tried – they were a waste of time and money due to lack of results.

Somehow throughout all of this, try to be more skeptical or even cynical of promoted magic pills or false treatments, while also being somewhat open to new things. Question things before you jump. Research them, read reviews and any info you can find on something before you invest your valuable time and money into it.