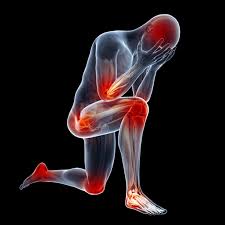 Inflammatory situations can be painful and particularly for those already dealing with chronic pain, added inflammation can make things even worse.

There are a number of different causes for inflammation. It is a natural response by the body as part of the healing process for injured tissue. It is also how your body defends itself against bacteria, viruses, and substances that appear foreign and harmful. So, inflammation is often a good thing.

But there are also causes of inflammation that are not good. If your immune system incorrectly classifies something as a foreign invader that shouldn’t be there when that’s really not the case, inflammation can cause achy joints and muscles for no good reason. At least that’s how it seems, but then again, maybe your body is trying to tell you something.

Inflammatory reactions in response to food allergies or sensitivities is one example of this. Wheat or gluten is probably top of the list of foods that can cause some degree of allergic reaction resulting in inflammation and other reactions.

Long ago, before industrialization, grains were always soaked and fermented before being made into porridge or bread. Soaking the grains breaks down the protein into a simpler form that is much more easily digested.

In the 1980s, a new form of yeast was developed, the new “instant yeast”, which was much faster to rise, and this was when the ingestion of glutenous grains became a problem.

In a report available through the US National Library of Medicine, National Institute of Health, a study of 17 people with celiac disease were fed sourdough bread made with wheat and other nontoxic flours that were soaked and fermented for 24 hours before baking. They did not get any bad reactions. When these same 17 people ate bread made with modern baker’s yeast, 13 of the 17 had bad reactions.

“These results showed that a bread biotechnology that uses selected lactobacilli, nontoxic flours, and a long fermentation time is a novel tool for decreasing the level of gluten intolerance in humans.”

For someone with Fibromyalgia, eating wheat or grains that have not been properly soaked or fermented can put an additional burden on your digestive system and can cause an immune system response that not only taxes it, painful inflammation as part of that response can exacerbate your symptoms that much more. Fibromyalgia and inflammation don’t mix well!

I highly recommend organic and non-GMO, whole sprouted grains, not flour. Studies have shown that grinding grains into flour increases the surface area upon which enzymes in the body can work to more quickly convert starch into glucose. Grains prepared in this way are packed with nutrients and healthy enzymes. If you don’t have time to make your own bread in this way, there is a brand that you can buy called “Ezekiel” made by the Food for Life Baking Company. This is what I use and frankly I love it much more than breads made with flour.

You can read more about healing yourself and recovering from Fibromyalgia, Chronic Fatigue Syndrome and other Chronic Illnesses in my new book, available on Amazon.